The evolution of Ops follows a path that we observe regularly in our interventions. It is through this fable that we will see the 4 stages that mark this path paved with pitfalls. Let’s see how an Ops proceeds concretely to carry out the operation « fix_mysql » which consists in changing the configuration of MySQL on production servers. The first age : the server craftsman

Many system administrators have an almost affective relationship with their machines. Under the name « machines », you can alternatively talk about physical servers, virtual machines (VMs), storage, network equipment.

It is comforting to know one’s machines one by one, to do a tour for each of them in the morning (ssh, consultation of the munin dashboard machine by machine) as a doctor does the tour of the rooms in a hospital. When a machine falls ill, we are at its bedside, we practice heroic care, we meet in committee to examine the treatment to be prescribed. In short, we make a fuss of it.

Violette, queen of the herdThis phenomenon we observe here has a name, we call it the « Pet » approach. You feel like you are dealing with pets you call by their name, who you pamper and spoil, to whom you put a little knot on the head to prevent his hair from falling back on his eyes. You take care of your machines with all the professionalism, empathy and humanity which you are capable of. It’s what makes you feel good, the concern of job well done, the attention to detail so that the machine « feels good » and that its users obtain the service they expect. You are a craftsman whose masterpieces are servers and your tools: a terminal, ssh, vi, tmux or screen, some scripts and configuration files with the greatest of care.

Organisations that are centered on this behavior are detectable in their propensity to personify the machines, to set up meetings whose objective is to clean up the server « daniela », to carry out the version upgrade of the DBMS of acme-dc1 -lnx-db001-prd, to plan a weekend for the upgrade of the machine kernel of site B. A whole poem.

Behind these cabalistic signs, a very manual, laborious and repetitive work on each of the servers is hiding. In many steps errors can slip and lead to dysfunctional and / or heterogeneous environments.

With the advent of virtualization, the situation changes. We tend to use many VMs. Heaps. So that knowing them all by their name becomes almost impossible. So how do you maintain an ability to deal with so many machines with the same love and dedication?

In addition, VMs are managed as physical servers (created at the beginning of the project, deleted at the end), cleaning phases are not frequent. And we must admit it, removal of VMs is clearly not a priority. We will do this when we have time or when the hypervisor is full.

The « Pet » approach is jeopardised. Systematic tasks performed by hundreds appear meaningless, in addition to being frankly tedious. You can not hold such a rhythm durably without risking a complete overheat.

You then launch various actions: creation of snapshots / clones to duplicate the machines, you only swear by your golden-image. For settings specific to each machine, it’s still hell.

In this example, you start writing automation code to switch to all machines. Little control, high risk of mistakes, you like to live dangerously … But after all, your scripts and your one-liners, you know them by heart, no matter if nobody understands anything.

The third age : infrastructure as code to the rescue

Automation is now a must. Following the misunderstanding of your colleagues to understand your home scripts, you start working with a tool, a real one.

There are now so many automation tools that it may even be difficult to choose, but that is not the question. Thanks to them, facilities / configurations / deployments are greatly facilitated, on a very large scale. You feel ineluctably slipping into the « Cattle » approach. This industrial and bestial management of heaps of machines, all identical, without personality gives you more the impression of managing a farm of 1 000 cows than a small flock of 20 ewes on the foothills of this small village in the Australian bush. There are some teams that go as far as regularly destroying and rebuilding VMs, just for the sake of verifying that it is possible and that it would even allow to validate a DRP strategy. Perfectly scandalous. A machine is made to last.

And what about a practice as wild as inhuman as the blue-green deployment? This involves performing version upgrades by creating VMs with the new version of the application, making a toggle on the load-balancer before destroying the old VMs. Are you kidding?

We have to face the obvious. This approach is devilishly effective. Manual and tedious tasks are reduced, part of the slips due to heterogeneous configurations disappear. Some time is saved and it is possible to easily manage hundreds or even thousands of machines. The automaton becomes your armed wing, it is he who, by construction, laboriously performs all the repetitive operations that you have coded. A small snag however, when you ask him to do a stupid thing, he does it with obedience, on 1000 machines at a time …

Then comes the moment of questioning  the meaning of your action:

These questions begin to accumulate in your head. You also become the owner of a small asset of code that describes your infrastructure and which begins to accumulate discreetly …

In this example, a tool (Ansible, a choice among many others) allows to deploy a configuration change on all database servers. Since there is no guardrail, if you make a mistake, it spreads out wisely on all the machines concerned. And you have to quickly pass over all of them to repair …

The fourth age : the software craftsman

Regarding the code management you feed your automaton, a transformation takes place and it could be the way of salvation. It is done by looking at what application developers do, you realize that it is a new world, sometimes not well known, that opens up to you. 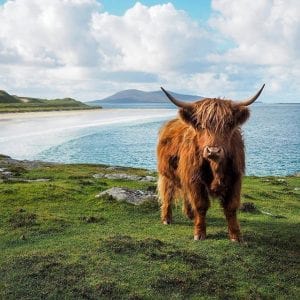 And especially this annoying mania of systematically writing and automatically (and continuously) executing tests to catch all errors (present or future regressions) that could get hidden in your work. A quick tour on the web shows that there is a plethora of these tools to test its infrastructures (bats, serverspec, test-kitchen…).

Developers have implemented a whole ecosystem of tools and practices to do their job.

By talking to them, you realize that they have done this because they aspire to something that resonates deliciously within you. They like to do quality work, make their code beautiful, expressive, maintainable, in short, treat it with the greatest care… They even have a term for it: software craftsmanship.

In this example, the Ansible code is supported by a code best practices analyzer (ansible-lint) and tests (in serverspec) that are written (if possible) before the implementation. The ability to have disposable environments on demand (via test-kitchen or any other solution) makes it possible to validate the changes on an ante-prod environment. The branch and code-review strategy contributes to the overall quality and to the share of the code repository. This is especially the occasion to have the code and the parameterization read again to a newbie on the project or a DBA who will check the settings. A continuous integration platform re-runs all the tests and a promotion mechanism (manual or automatic) rolls out the changes into production.

Conclusion : from craftsman to craftsman, the circle is complete

Therefore,for the sysadmins / devops, the deployment tool becomes a kind of shepherd dog. It is ultimately the one who becomes the new pet, the one you really need and take the greatest care of. The one whose every line of code is written with love, with all the possible quality since he is the one who allows you to manipulate such a park of servers and applications.

The transformation of the profession of ops is ultimately not a questioning of the intrinsic values of it. It is rather a change in the object they focus on. Instead of becoming attached to machines, it is now about becoming attached to the automaton (and to the code that guides it) which keeps them alive, while retaining the same concern for a job well done, this flavor that give us the pleasure to rise every morning.

You are proud of your work, yet new challenges are coming ahead: cloud (IaaS, auto-scaling, PaaS), containerization (Swarm, Kubernetes …), Application clusters (MongoDB, Cassandra, Kafka, Spark … .)… The difference? Even shorter containers lifetime, a cluster mechanism that participates in the livestock life. Finally, no matter, you should be ready: you have implemented all the good practices preparing you for changes (tools and technologies).